First Thatcher hurt the pensioners from 1980, over 30 years ago. Now Cameron is hurting all on the bottom run of the social and economic ladder.

First Thatcher hurt the pensioners from 1980, over 30 years ago. Now Cameron is hurting all on the bottom run of the social and economic ladder.

Thatcher cut the pensions and earnings link in 1980, the consequences of which appear thus, Last winter over 36,700 pensioners in the UK died of cold-related illnesses, a death rate of 13 pensioners each hour in what was a very harsh winter. In the spending review Chancellor George Osborne did not budget to keep up the last Government’s top- up for the universal winter fuel allowance, effectively reducing the annual payments from £250 (£125 each if you are a couple living together) to £200 for people 60 and over, and from £400 to £300 for pensioners 80 and over. Currently winter fuel allowances cost the tax payer £2.7bn each year. In 2009 the payments went to 12.68 million people in 9.17 million households; 42 per cent received the £125 allowance.

First pensioners, then the disabled, and now the unemployed have become burdens on the State, demonised, discriminated against, and marginalised by this coalition of multi millionaires.

And the reason. ?, because the Tory right wing do not believe in the role of the State or anything connected with it.  The right wing Tory's have an inherent loathing of the Welfare State.

Two years of further erosion.  Plus two more years to persuade younger people who did not live through the Thatcher years to feel as though they are being given the raw deal working, while others don't. The welfare system they have to understand is for them too if they need it. No one knows what life will throw at us and it doesn't matter if you are a Prime Minister or not, the hard facts are people get made redundant the difference being the ordinary person does not have wealth to prop them up when times are hard. I say cherish the existence of our welfare system. Abuse it and loose it but remember those who genuinely need it. Don't deride them when you're on you're way up because YOU will have to pass by them all when you're on your way down.

Hi, I have a website dedicated to how badly Britain's pensioners have been treated since the 80's, the reasons/s why ?, There is also a petition on my site that needs signatures, please sign to help the elderly. 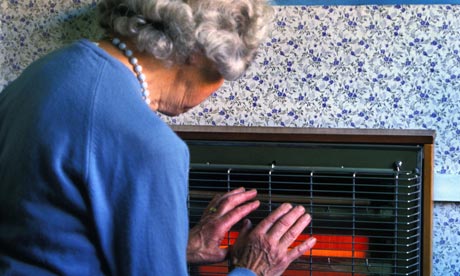