British politics since the Thatcher era in the 80's. This explains today's cuts.

British politics since the Thatcher era in the 80's. This explains today's cuts.

For decades the British electorate have put in a succession of right wing Government's, beginning in the 80's and namely, Margaret Thatcher and her right wing Tory Government. Thus beginning a separation ( devolution ) of local authorities UK wide, from Central Government funding, based on the Tory belief of small State, and low income tax on the working population.

It is Margaret Thatcher who cut income tax for all British workers, and it was she who brought in the Poll Tax, which is now Council Tax, and it was she who began to remove the role of what the State should provide via income tax payers money to local authorities UK wide, this political agenda has been ongoing by stealth for over 30 years, and not one opposition party has said a thing about it, they have just gone along with it all. Including the former New Labour Government.

First in the 80's we had Poll Tax, then Community Charge, and now Council Tax, all three have played their role by being allowed to increase by stealth over the past three decades to fund local services, and have replaced increases in income tax to fund these same local services.

The UK has virtually lost the vital role of what the State should provide in looking after the poor, the old, the weak, the vulnerable. ie this could be any one of us at any time.

And now this right wing Tory lead coalition helped by Liberal Democrats lead by Nick Clegg, are continuing to uphold David Cameron to finish off what Margaret Thatcher started.

The Tory's are driven ideologically. They are against the role of the State interfering with Government policy. To the Tory's, Community means Charity, and nothing more than that.

In my view their ideological philosophy is against everything that is human.

These cuts we are facing, are about weakening the State even further, and its role within the Community, in false favour of a rich and powerful elite.

These UK cuts are little more than the right wing weakening the role of the collective bodies in our Communities, as the coalition proceeds in its economic goal to weaken the role of the State, which effects the vulnerable, and have Charities pick up, where the State wont. 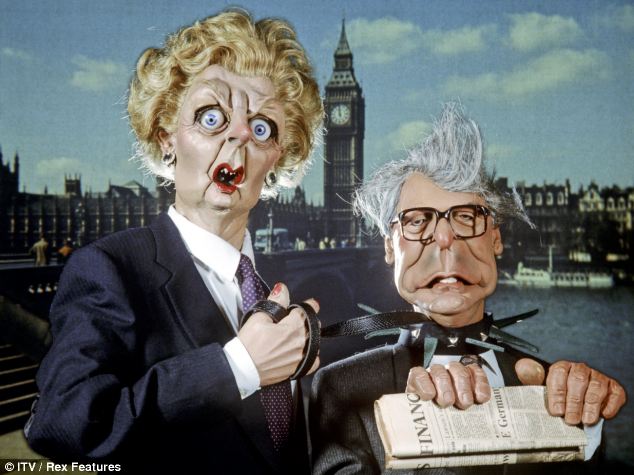